Today’s Truth
“Therefore encourage one another and build each other up, just as in fact you are doing” (1 Thessalonians 5:11 NIV).

Friend to Friend
Have you ever felt like you just wanted to quit this thing called the “great race” of life? That’s your spiritual legs ache and you would much rather sit on the side of the road and have a good pity party than take one more step. I certainly have. And then I think of my nephew Stu and his mom, Pat.

Stu ran cross-country when he was in high school, but the most exciting parts of the races was his mother cheering. At one particular race, my family and I stood on the sidelines, watching legs stretch, backs bend, and arms swing in an effort to warm up. Seventy anxious young men clustered around the starting line in ready position. The shot fired into the air and the herd of boys began their 3.1 mile run through the woods.

As soon as Stu’s foot left the starting position, his mother picked up her thirty-six-inch megaphone and began to yell louder than any woman I have ever heard.

“GO STU!” she cheered, not once but at ten second intervals. When he was out of sight, she ran to another strategic spot along the winding trail where the runners would eventually pass by. And even though the boys were nowhere in sight, Pat continued to cheer, “GO STU!”

After the race, I asked, “Stu, when you are running on that trail in the woods, can you hear your mother cheering for you?”

“And what does that do for you?”

Jesus was the master of cheering from the sidelines—encouraging his disciples to keep running the great race, especially when they felt that they might want to quit.

“Go rather to the lost sheep of Israel. As you go, preach this message: ‘The kingdom of heaven is near.’ Heal the sick, raise the dead, cleanse those who have leprosy, drive out demons. Freely you have received, freely give” (Matthew 10:6-8). In other words, “You can do it! I believe in you!” Go. Preach. Heal. Raise. Cleanse.

Before His ascension He encouraged them again, “Go and make disciples of all nations, baptizing them in the name of the Father and of the Son and of the Holy Spirit, and teaching them to obey everything I have commanded you. And surely I am with you always, to the very end of the age” (Matthew 28:19-20). I believe in you! You can do it! Go! Teach! Baptize!

Then in one startling statement of encouragement he said, “I tell you the truth, anyone who has faith in me will do what I have been doing. He will do even greater things than these, because I am going to the Father” (John 14:12). Jesus wasn’t simply encouraging the disciples by telling them they would have an even greater reach than he had, he was encouraging you and me as well.

Paul tells us to encourage each other just as Jesus encouraged His disciples: “Therefore encourage one another and build each other up, just as in fact you are doing” (1 Thessalonians 5:11 NIV).

A few years later, when my son became a cross-country runner, and I learned a few facts about a foot race.  As you near the end of a race, your throat burns, your legs ache, and you whole body cries out for you to stop. That’s when friends and fans are the most valuable. Their encouragement helps you push through the pain to the finish.

That’s the power of a woman’s words. That’s the power of yours. An uplifting word, offered at the right moment, might make the difference between someone finishing well or collapsing along the way. Give it! Shout it! Cheer others on!

And here’s the bonus…Jesus is still cheering for you. As a matter of fact, you are surrounded by a whole cloud of heavenly witnesses that are cheering for you today (Hebrews 12:1-3). You go girl!

Now It’s Your Turn
Think of one person who has encouraged you and send them an email of gratitude.

Think of one person that needs encouragement today and reach out with an encouraging word.

More From the Girlfriends 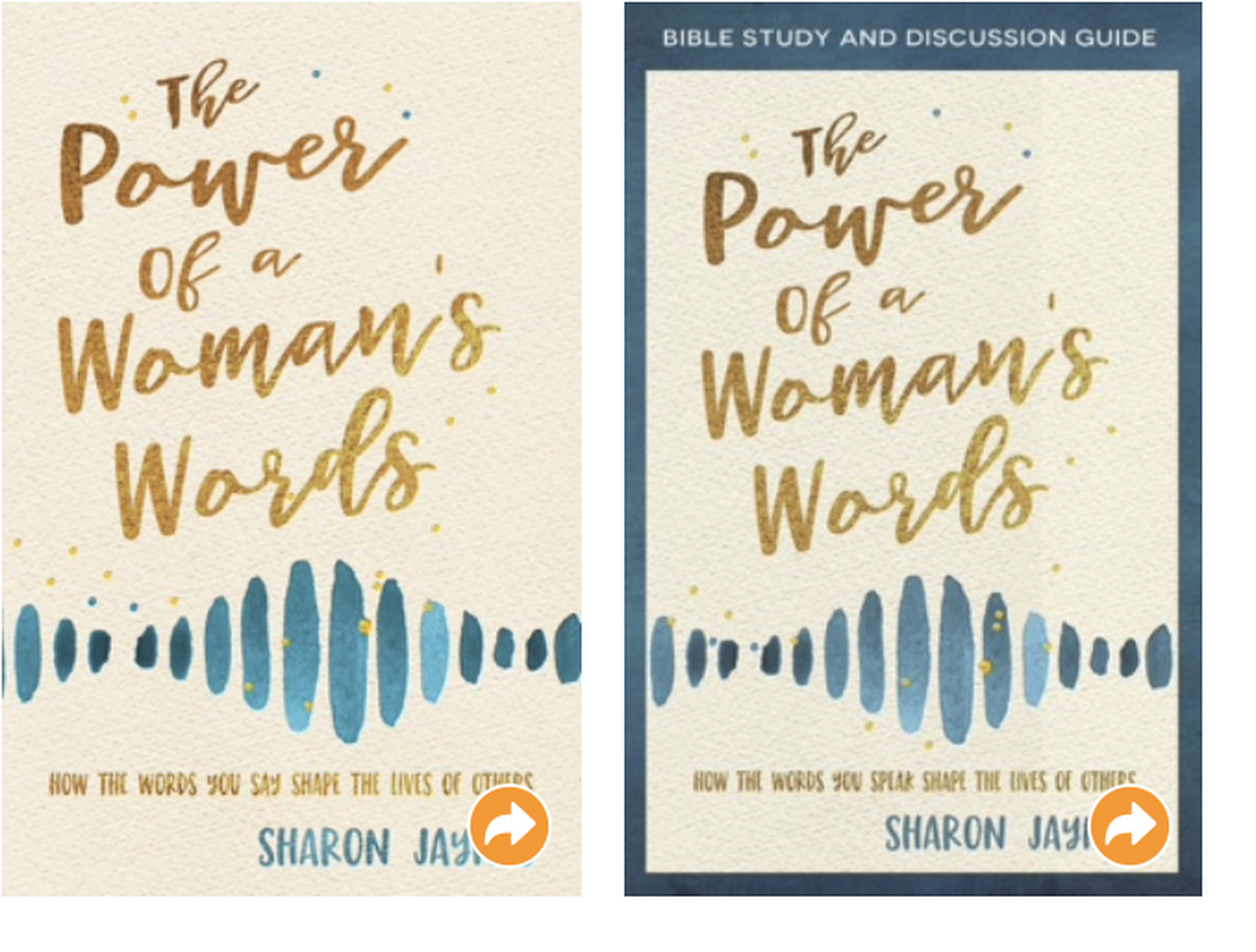 Sharon’s best-selling book and study guide, The Power of a Woman’s Words: How the Words You Speak Shape the Lives of Others is a game changer. Words echo in hearts and minds long after they are spoken. How will we use this gift? Your words can change the course of someone’s day…even someone’s life.

This content first appeared on Crosswalk.com and is used here with permission. To view the original visit: https://www.crosswalk.com/devotionals/girlfriends/girlfriends-in-god-june-9-2021.html