You’ve found a man. And he’s a believer, too. That’s great. But how do you know if his faith is genuine and he’ll stay the course, not just “talk the talk” to woo you further into his life?

As a pastor’s wife, I’ve met countless women through the years who believed they were marrying a godly man, only to find out later that his faith wasn’t as genuine as they had hoped. Looking back, most of them recall they were so happy to be in love and so excited at the prospect of marriage, that the sincerity of their fiance’s faith never came into question or seemed important. That is, not until some time after they said “I do.”

If you’re having second thoughts, or you’re just wondering if he’s a godly man after all, there are some indications that can give you a better idea of how authentic his faith really is.

There are always exceptions, and you certainly don’t want to judge his intentions and actions, lest he start judging yours and questioning your faith, too. However, for the most part, actions and lifestyle speak louder than words.

Here are 7 ways to most likely tell if his faith is genuine:

A man of genuine faith doesn’t just respect God, he fears him. A great definition of the fear of God is a wholesome dread of ever displeasing the Lord.

More than being aware of God’s ability to know all about him, a man who truly fears the Lord fears disappointing Him above all others. That makes your relationship with him just one of many things he will approach carefully and even reverently in the eyes of his God.

It’s a rare trait to find in anyone these days. But if your man possesses that healthy, loving fear of God--fear of disappointing God--then he’s a keeper.

Pastor and Author Kyle Idleman described the difference between a follower and a fan in his best-selling book, Not a Fan.  “…I think Jesus has a lot of fans these days. Fans who cheer for him when things are going well, but who walk away when it’s a difficult season. Fans who sit safely in the stands cheering, but they know nothing of the sacrifice and pain of the field. Fans of Jesus who know all about him, but they don’t know him.”

Idleman claims “The biggest threat to the church today is fans who call themselves Christians but aren’t actually interested in following Christ. They want to be close enough to Jesus to get all the benefits, but not so close that it requires anything of them.”

3. He Experiences True Conviction by the Holy Spirit

The Holy Spirit’s presence in one’s life is evidence of his salvation. And obedience to the Spirit of God is what produces life change. Is your man convicted when he disobeys God or hurts you--or someone else--in some way?

Is he truly bothered by sin (his own as well as the sin he witnesses around him or watches on television or that the world calls fun that he knows, by the Bible’s definition is deadly)?

Many people have no problem with sin--their own or that of others. The Bible says a desire to live by the flesh means we are enemies of the Spirit (Galatians 5:16-17).

Now, a man can be saved and still sin, but that’s because he isn’t surrendered to the Holy Spirit at the time he is sinning. Is your man truly bothered and convicted not only by his sin but by sin around him?

If so, that sensitivity to sin is a sensitivity to the conviction of the Holy Spirit. That conviction, leading to repentance or a determination to be set apart from this world, is a sign that his faith is genuine. 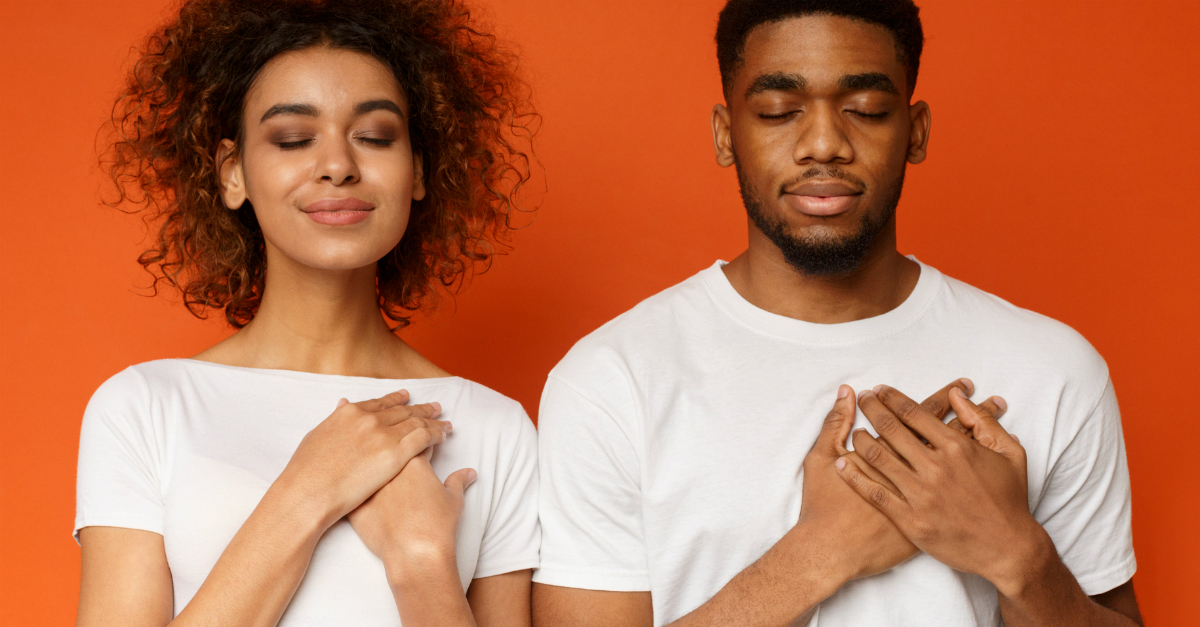 4. His Friends Can Vouch for His Spirituality

Another way to tell if your man’s faith is genuine is to talk to people who know him well. I know several women (and men) whose first marriages failed because their spouse’s faith wasn’t genuine.

So, before going into another relationship blindly, they actually conducted interviews with people who knew their next potential spouse to get information about their spiritual history.

Not willing to be duped again, they did their research. And in most cases it paid off.

All of us choose to present the best of ourselves when dating. But if you really want to get to know what someone is like when you’re not around, pull aside a neutral party (who has nothing to gain if you call it quits with him) and pick their brain.

If your man tells you his parents are believers, meet with them outside his presence and ask questions that can help you get to know his spiritual history a little better. If he is genuine in his faith, his friends and co-workers should be able to attest to it.

Also, if he has friends, colleagues or parents who start asking you about your spiritual life, that may be a good indication that he is surrounded by people of faith in his life who are looking out for his best interests, too. Proverbs 24:6 says “in multitude of counsellors there is safety” (KJV).

Seek out the wisdom and counsel of those who are close to him for a better indication of his spiritual authenticity.

5. He’ll Pursue God Whether You’re Around or Not

Does he only attend church if you do? Is he only going to engage in spiritual talk if you bring it up? Will he read his Bible even if you’re not sitting next to him or regularly asking him about it?

Does he only pray if you urge him to? Who he is outside of your presence is a good indication of who he really is. Just as you can tell a person’s true character by what they do when no one is watching, you can tell if a man’s--or woman’s--faith is genuine by what they do or don’t do when they’re alone.

As mentioned in No. 5, ask those who know him well about his spiritual history or journey. If they don’t know what you’re talking about, it’s a good indication he’s only a “man of faith” when he’s in your presence.

Does your man possess some of the characteristics of Jesus? If so, that is a sign of the kind of transformation that occurs when one’s faith is genuine. James 2:26 says “faith without works is dead” (NASB).

But instead of looking for certain good works or even religious service or activity, look for the fruit of Christlike character, which Scripture says is a direct result of living a regenerated life by the Holy Spirit. Does your man’s life exhibit the fruits of the Spirit (as listed in Galatians 5:22-23)--love, joy, peace, patience, kindness, goodness, faithfulness, gentleness, and self-control?

If so, that is evidence of genuine faith, resulting in a transformed life.

7. He Is Just as Concerned about Your Faith as You Are about His

One way to tell if a man’s faith is genuine and important to him is if he’s concerned about your faith, too, and whether or not you two see eye to eye on key issues. Just because a man believes in God does not make you and him “equally yoked” (2 Corinthians 6:14, KJV).

To be equally yoked, or “matched” with another believer you must be on the same page spiritually, not just in the same book of life.

There are many different stages of spiritual growth depending on how long one has been a believer or how quickly one has grown in their new life in Christ. There is also a myriad of views and doctrinal differences even when it comes to someone sharing your belief in God.

For example, he may feel strongly that all one has to do is believe in God to be saved, but you may be one who adheres to James 2:14, 24 and looks for actions as evidence of one’s salvation.

A person of genuine faith tends to feel strongly about certain tenets of the faith. Find out what those are and if the two of you can agree on them.

If you get answers like “it’s not really important as long as we both believe in God” there could be more intense and even divisive discussions a few months or years down the road (especially if you plan to raise children together and need to be in agreement about what you’ll teach them and which church, denomination, or methods of worship you will adhere to).

Don’t be afraid to go there. Discussions like those are good ones. And you may even learn a few things in the middle of them.

Finally, before you send me an email telling me this article could just as well have been titled “Seven Ways to Tell if Her Faith is Genuine” you’re exactly right. Go through this article applying the points to each other and it may do wonders in helping you both determine if the two of you are on the same page spiritually. 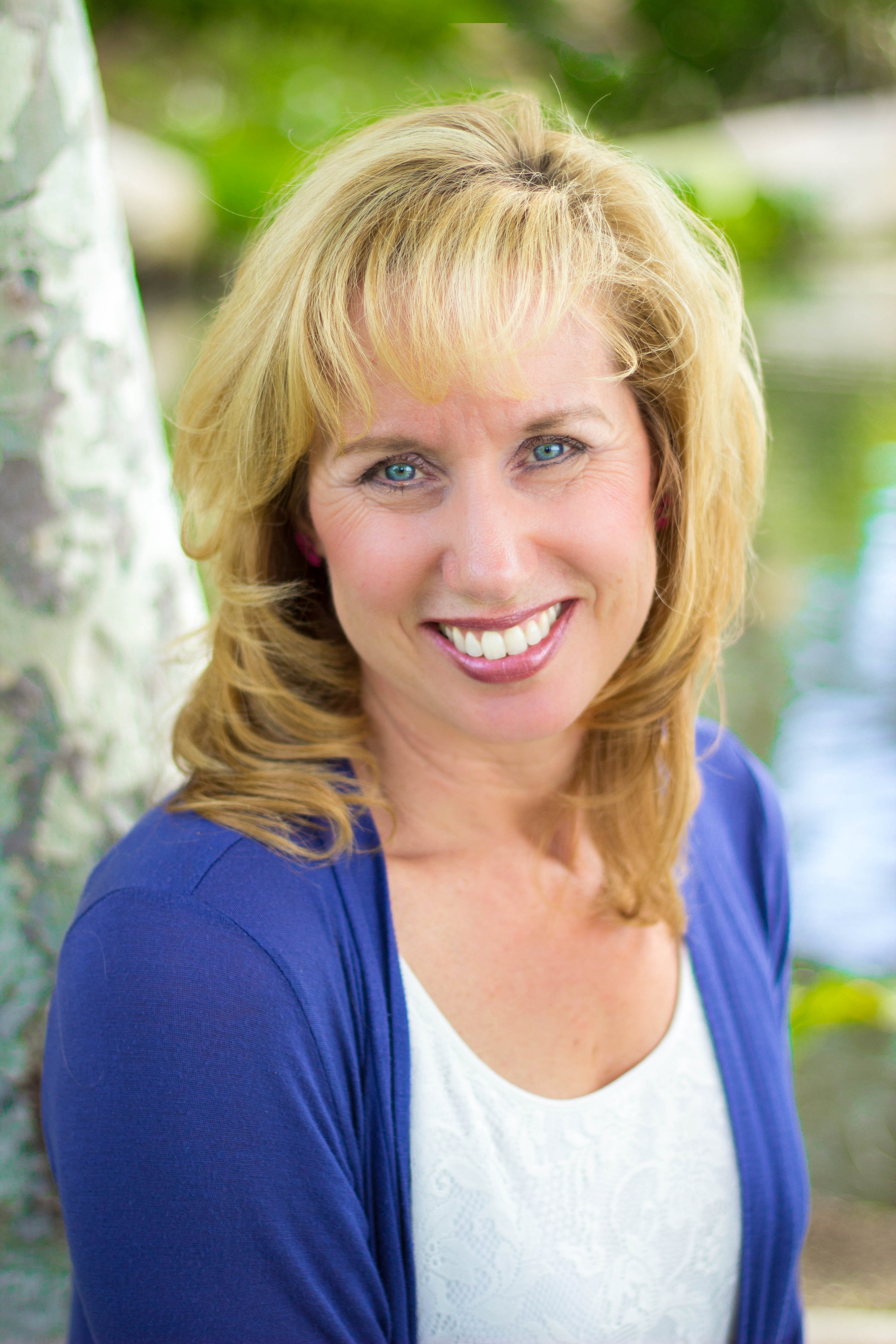 Cindi McMenamin is a national speaker, Bible teacher, and the author of 17 books, including When Women Walk Alone (150,000 copies sold), When a Woman Overcomes Life’s Hurts, Drama Free, and When Couples Walk Together, which she co-authored with her husband of 32 years. Find out more about her speaking ministry, coaching services for writers, and books to strengthen your soul, marriage, and parenting, at www.StrengthForTheSoul.com.

This content first appeared on Crosswalk.com and is used here with permission. To view the original visit: https://www.crosswalk.com/family/marriage/7-ways-to-tell-if-his-faith-is-genuine.html