Isn’t Christianity and the Bible just a bunch of rules? Who wants to have their one life curbed by rules from a book that seems irrelevant to their life? Maybe that’s the opinion of some towards the Christian faith. For some believers, it may be hard to be obedient when we are aware of our weaknesses or find it a challenge to obey God in a culture that finds Him irrelevant, non-existent or false.

Sometimes fear of what others think means we are tempted to disobey God, when really we should fear and have reverence for God and not man. Is obedience to Him even possible when there is so much strife and disobedience in the world? Will we miss out on the best of life if we follow Jesus?

Looking to Jesus as Our Example

We may think we are “good” people, but without Jesus, we are in rebellion against God. With all of the disobedience and offenses that we see committed across the world everyday, it is clear that humanity is far from being good. We are all sinners that have fallen short of the glory of God (Romans 3:23). Sin is what separates us from holy God (Isaiah 59:2) and the wages of sin is death (Romans 6:23). However, the sacrifice that Jesus made on the cross for us means we can find freedom from sin and death. He is the way, the truth and the life (John 14:6).

When we look at the life of Jesus, we can see that He lived an obedient and righteous life, giving it up on the cross for us. Jesus, being fully God and fully man, out of love for us, took our disobedience upon Himself. God revealed Himself so majestically in the person and work of Jesus Christ that our response to His love for us is to love Him in return. Jesus did not come to abolish the Law found in the Old Testament, but He fulfilled it (Matthew 5:17-18). He became the end of the Law and “has already accomplished the purpose for which the law was given. As a result, all who believe in him are made right with God” (Romans 10:4).

Rather than giving us an unending rule book to try and follow, Jesus fulfilled the Law which was impossible for us to keep. He was sinless and completely righteous, and because He was able to accomplish what we could not, we are now able to live life to the fullest when we believe and follow Him.

Jesus said that He came so that we “may have life and have it abundantly” (John 10:10) and in Him we have meaning, purpose and eternal life.

How Can We Obey God?

Jesus said that those who love Him obey His commands (John 14:15). We cannot obey Him without His grace; it is His work that brings us into newness of life. His power is at work in believers as they seek to follow Him by faith. The Holy Spirit transforms the heart and mind of followers of Christ, renewing their mind and helping them to live a new life in obedience to Him. Our minds are made new as we read the Bible which is God’s Word for His people and the primary way in which He speaks. His commands are made clear and we can be sure that they are for our good because God loves us (Deuteronomy 10:12-13).

Obedience is central to living the Christian life and God demonstrated that Himself by being obedient to death on a cross (Philippians 2:8). Jesus does not leave us by ourselves to figure out how to be obedient. He is our great high priest who is able to empathize with our weaknesses as He experienced the same temptations that we encounter, yet He did not sin (Hebrews 4:15). He now stands before the Father and advocates for us. We will fall short and disobey at times, but by the grace and power of God we are being transformed day by day and we will want to obey Jesus in moments where the opportunity to disobey presents itself.

In the Bible, there are many examples of people who were obedient to God by faith. In the Old Testament, Noah faithfully built an ark before the rain came, believing that what God said was true. When the Lord told Abraham that He would make his offspring as numerous as the stars in the sky, Abraham believed in and trusted God and it was credited to him as righteousness (Genesis 26:4; Genesis 15:6). Daniel continued to pray to God when praying was made a crime, which resulted in him being thrown into a den of lions, yet he was not harmed. Meshach, Shadrach and Abednego refused to bow down to the statue of Nebuchadnezzar and believed that God could save them from the fiery furnace. But even if He did not, they would not disobey their God (Daniel 3:17-18). Moses left the treasures and fleeting pleasures of Egypt and chose to be mistreated with God’s people (Hebrews 11:25-27).

In the New Testament, Ananias obeyed the angel of the Lord and went to see Saul, who was known for persecuting believers, not knowing how he would be received. Many of the apostles in the early church were martyred because they did not compromise on the truth of the gospel. They put their faith in the One they knew had the power to save them. Even if they were not rescued from suffering and harm in this life, they knew they would be eternally secure in Jesus. In these examples of scriptural obedience, these people revered the Lord above all else and obeyed Him even in the face of danger.

By faith, given to us as a gift by God, we are made holy and obedient. This is not our own work, but it is God’s power and grace brought for us by Jesus on the cross. Yet, our actions in response to this unmerited grace is displayed through works of obedience as we continue to trust in Jesus. 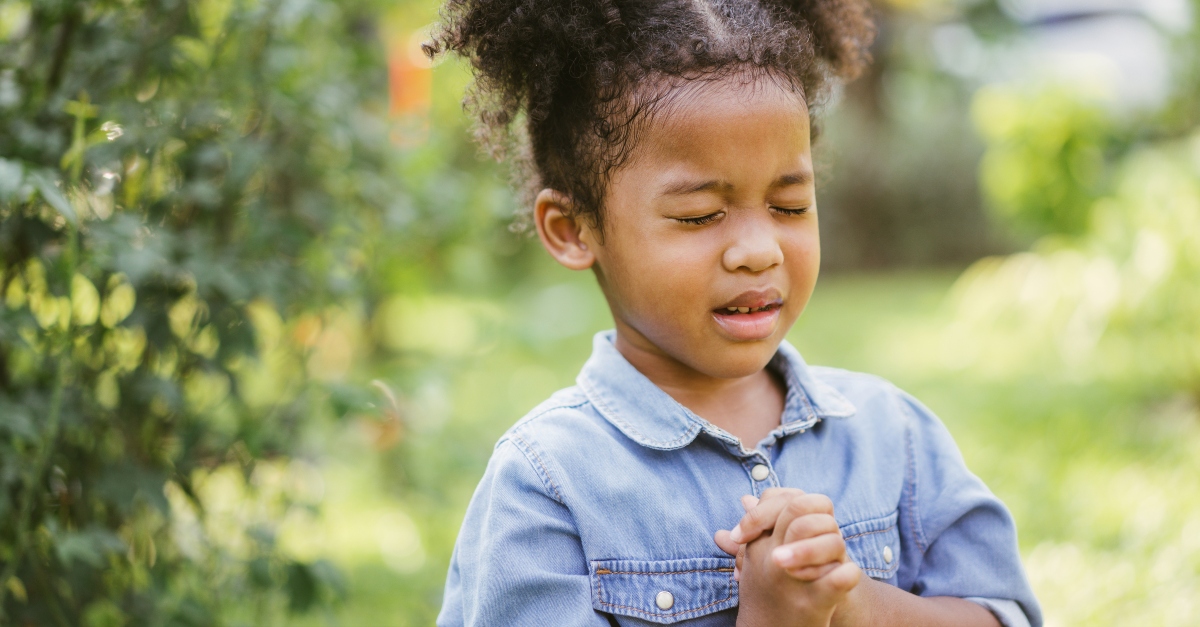 What Will Life Look Like if We Obey God Today?

How great our longing should be to obey the One who died for us. We can place our faith firmly in the truth of the death and resurrection of Christ and we are also surrounded by great clouds of witnesses who have gone before us who were obedient (Hebrews 12:1).

We cannot live a perfect life, but Jesus lived that life for us and now His righteousness is credited to us when we believe (Romans 4:23-25). Our lives should now be for God alone, whatever and wherever He calls us to. This is not a restricted life, this is a high calling, and for all that Jesus has done for us, it ought to be a joyful, surrendered life to the Savior. In the words of the hymn ‘I Surrender All’:

All to Jesus I surrender,
All to him I freely give;
I will ever love and trust him,
In his presence daily live.

There is greater fulfillment in this life when we obey Jesus in the power of the Holy Spirit to the glory of the Father. It is God at work in us which will give us new desires, a new resolve, and a renewed mind. Obedience to God might cause hardship and suffering in this life, and Jesus said that “if you were of the world, the world would love you as its own; but because you are not of the world, but I chose you out of the world, therefore the world hates you” (John 15:19). Therefore, we should not be surprised that following Jesus comes at a cost. Even though Jesus was in the world and the world was made through Him, it didn’t recognize Him and it still doesn’t today (John 1:10).

Does obedience come easily, and will believers never disobey again? Unfortunately not. There is a battle between those who are in Christ and the struggle “against the rulers, against the authorities, against the powers of this dark world and against the spiritual forces of evil in the heavenly realms” (Ephesians 6:12). We will still battle with the sin within us and we are still part of this fallen world with all of its temptations and disobedience. However, we can confess our sins to God when we do not do the things we ought to do, knowing He is faithful to forgive us and He will purify us (1 John 1:9).

Christians are given the Holy Spirit who enables us to live as new creatures and sanctifies us throughout our life making us more like Jesus. What we think leads to freedom and fun in this life can never fully last or satisfy. Only Jesus can meet our deepest need. As we remember that the blood of Jesus cleanses us from our sin and as the Spirit works in us, we will be transformed.

Ruth Clemence is a wife, mom, writer and Premier Digital award-winning blogger based in South West England. Read more at: ruthclemence.com and follow her on Twitter: @ruth_the_writer.

This content first appeared on BibleStudyTools.com and is used here with permission. To view the original visit: https://www.biblestudytools.com/bible-study/topical-studies/will-obedience-to-god-restrict-my-life.html