One family, one million lives transformed

“God has a call upon your life.” I hear that statement spoken so regularly, yet meet so few Christians who seem to know what their “calling” entails. In a culture that applauds vision, grit, and hustle to make it happen, how do we know when we are pursuing our calling or merely pursuing selfish ambition? Scripture offers some stunning patterns in how God issues a call upon people’s lives.

Maybe you’ve wrestled with your own calling. Life did not unfold the way you imagined and you feel forgotten or wonder if you missed it. You speculate if the stirring in your heart reflects the call of God. Or maybe you sensed a call but it feels stagnant and you deliberate how and when you might move forward. If the call feels too monumental, you doubt your ability to carry it forward. God, in His great grace, helps us to cease speculation by offering some samples of how He calls His people. An examination of these ancient Biblical patterns helps us discover God’s ways and His will for us today.

The Contrast of the Call

Most Biblical figures rarely responded with a resounding, “Now that’s what I’m talking about! I was made for this!” when God arrived announcing a call. Most experienced fear, expressed self-doubt or bewilderment, or the Bible does not offer an inkling of how they felt about it at all. I cannot think of a single scriptural instance in which the person prayed for a specific call of God upon their lives and God granted them an affirmative, “Yes.” More often than not, the assignment is one they never would have chosen for themselves. Something beyond their wildest imagination, like a virgin birth, or utterly inconceivable based upon their passion and giftedness.

Paul’s call fits into this pattern perfectly. Talk about vision and hustle, Saul the Pharisee sought the fast track to religious success. He cites an impressive resume for us: “a Hebrew of Hebrews; in regard to the law, a Pharisee; as for zeal, persecuting the church; as for righteousness based on the law, faultless” (Philippians 3:5-6). Then Jesus showed up and rocked his world. In a heavenly vision, Jesus issued a new call upon Saul’s life: missionary to the Gentiles (See Acts 9:1-17).

His plan to rise above the ranks in the Sanhedrin became abruptly interrupted by a blinding light with a new call. Whoa! Paul left Jerusalem and headed toward Damascus in order to persecute and arrest those who followed Jesus. Until he became a follower himself. What displeased Paul even more than Jews who followed Jesus? Gentiles. Paul disdained Gentiles, yet now he would spend the remainder of his life serving them. An inconceivable calling.

5 Tests to Carry Out the Call

While the call itself seems unexpected and unanticipated in most scriptural accounts, walking out the call presents patterns to prepare us. Unlike the world, which tells us that when we are pursuing our call and giftedness we should experience exhilaration and success when we strive consistently, Paul’s example proves otherwise. We see Paul face five specific tests as he fulfills his call as a missionary to the Gentiles.

1. The Test of Waiting. Paul waited a minimum of ten years since Jesus first appeared to him on the road to Damascus and he began actively ministering at the church in Antioch. Other than a three–year stint where he went down to Arabia to fully grasp the gospel of grace, we are not told how he spent his time. We know at some point he returned to his hometown of Tarsus, but that is all we are told. Until Barnabas arrived from Antioch to bring Paul to the predominantly Gentile church, Paul continued to wait for his calling to be fulfilled. We see a season of waiting often in Scripture beginning with Abraham, Jacob, Moses, Elijah, Ezekiel, Nehemiah, and even Christ Himself, living thirty long years before the onset of His ministry. God knows where He is leading in the round–a­–bout wait.

2. The Test of Spiritual Opposition. After Paul spent a year of preparation teaching at the church in Antioch alongside Barnabas, both embarked upon their first missionary journey together. God allowed these men to bond in service together in a thriving church before sending them out to face opposition on missionary soil. Once on the island of Cyprus, they faced the forces of darkness. We see this same pattern with Jesus in Luke 4. God brings us into battle with evil so we learn to trust in His victory. When walking out our calling we should expect opposition.

3. The Test of Emotional Opposition. After leaving Cyprus, Paul and Barnabas traveled to Iconium where their motives were questioned and their character slandered. When we step into the fullness of our calling others will downplay, distract and discredit us. Some might even desecrate us emotionally. God calls His servants to lean on Him emotionally in the oftentimes lonely place of living out one’s calling. Strife erupting does not signify that we have stepped outside of His call for us. Moses and David ran for their lives. Elijah and Ezekiel hid in foreign countries. The dynamic duo Paul and Barnabas disputed over John Mark.

4. The Test of Praise. After leaving Iconium, Paul and Barnabas traveled to Lystra where they were worshiped as gods in response to a miracle. When God begins to do the unexplainable among and through us, people will start to praise the messenger rather than the Miracle Working God. Will we pass the test and humbly point them to Jesus or begin to think we are something special? Man’s heart is tested most severely in the crucible of praise. We must be prepared to handle God working wonders through us, in spite of us.

When Paul and Barnabas finished their missionary journey, they returned home to Antioch. Undoubtedly, they wonder how their fledgling churches would fare in their absence. It would be tempting to stay and continue to disciple each church for longer periods, yet they both knew they were called to spread the gospel to new lands. This meant letting God go and trusting God to finish what He had started through their faithful service. Sometimes in our calling, we can fall into the trap of being needed– as if God’s kingdom plans rest solely on our ability or involvement. We cannot release the good for God to call us to what is best. We have to let go of something in order for God to place His call within our grasp.

Preparing for the Tests

These tests often make us question our call as they are occurring. When the call feels so utterly foreign to our expectations we begin to believe our doubts and doubt our beliefs. Waiting exacerbates our confusion forcing us into greater faith. Opposition entices us to believe we are outside of God’s will for our lives. Praise invites us to move forward in our own strength and letting go of questions about our purpose or significance. Do you notice the one common denominator in the call? Death to self–reliance.

Whether you feel as though you are walking in your calling or waiting for it to be fulfilled, God calls us to intentionally prepare for what’s ahead. Passing these tests will never be easy. We prepare by intently examining these patterns of Scripture rather than self-analyzing or striving in our own strength. Are you walking through one of these tests? Chances are you are closer to carrying out your calling than you might think. 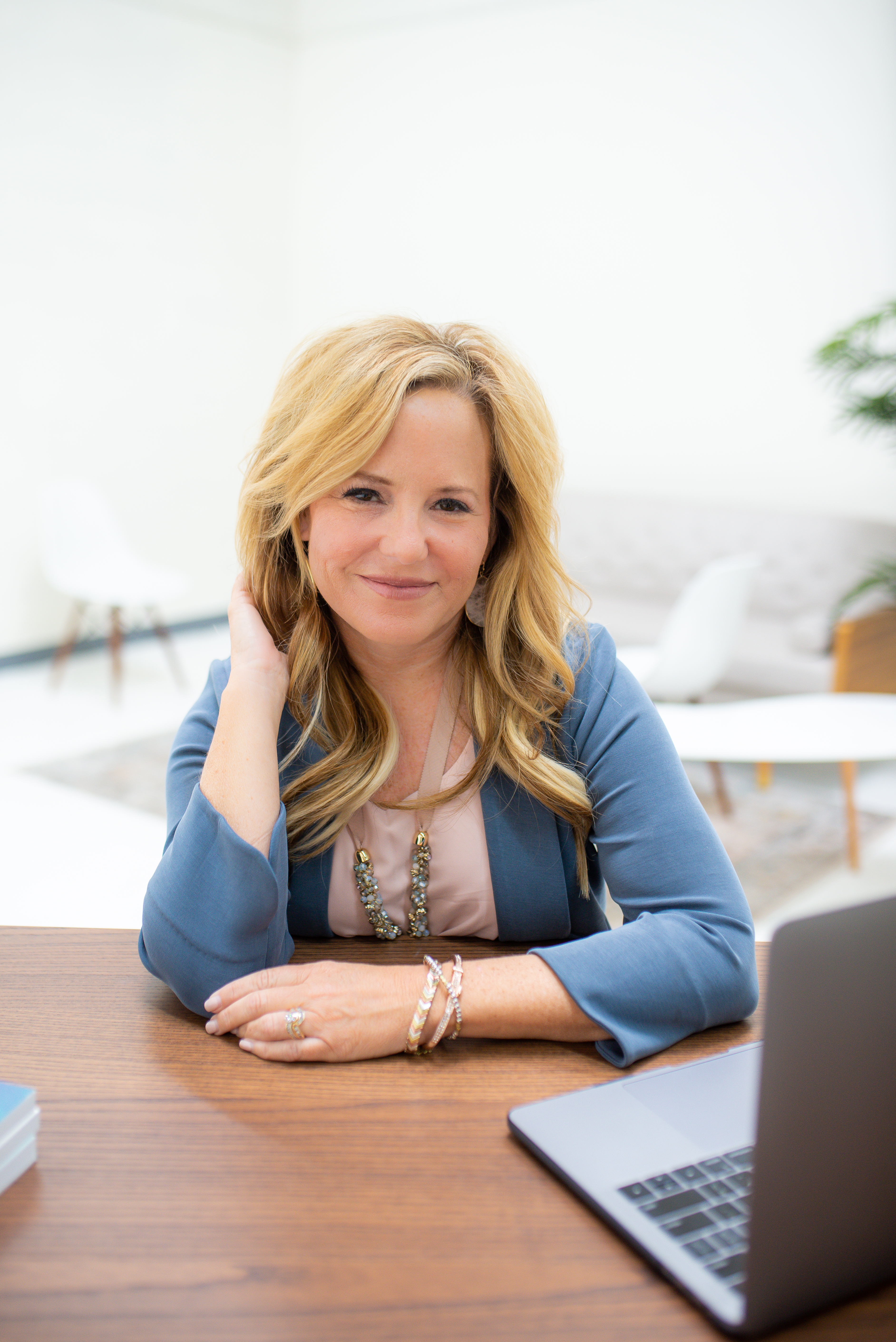 Erica Wiggenhorn is an award-winning author with Moody Publishers and Bible teacher, who stepped into her calling as a writer at age forty. Erica shares her own story of overcoming self–doubt and God’s prescription for healing in her latest release Letting God Be Enough: Why Striving Keeps You Stuck and How Surrender Sets You Free. An international speaker, Erica longs to bring God’s Word to anyone who will listen whether it is a large women’s conference, a church retreat, or her own kitchen table. You can connect with Erica at www.ericawiggenhorn.com.

This content first appeared on Crosswalk.com and is used here with permission. To view the original visit: https://www.crosswalk.com/faith/spiritual-life/tests-you-must-pass-to-prepare-for-your-calling.html