As Christians, we know that God has called us to spread the gospel to all peoples on earth (Matthew 28:16-20). But this can often be quite a daunting task when you’re trying to figure out the best way to share the gospel with someone who doesn’t have a faith or religion, or even harder, doesn’t believe in God.

We also know that our atheist friends can range on a spectrum. They may veer more toward open agnosticism, where they might not believe in God but are open to hearing evidence about the possibility of a Creator.

Or they may plant themselves on the complete opposite side of the scale where they do not believe in God and do not want to hear anything that remotely sounds like Christianese.

No matter what the case, we do believe that God can open up the eyes, ears, and hearts of anyone (Acts 9:1-19). And we cannot fail in our calling to spread the good news about Christ, even if the prospects of convincing our friend of the gospel message don’t appear to be bright.

What Engaging Your Atheist Friend Does Not Look Like

I know many Christians (sometimes myself included) who love the philosophical, apologetic, and debate side of the Christian faith. Some forerunners of these include Augustine, C.S. Lewis, Alvin Plantinga, William Lane Craig, Anselm, among others who have lived throughout the two millennia of church history.

These legends of the faith could argue about the existence of God, the goodness of God, and the necessity of the Gospel like no other.

However, when we approach our atheist friends we do not want to put on our best Augustinian face, so to speak. In other words, we don’t want to God’s Not Dead our debates with our friends. And we should dearly hope that it doesn’t take a fatal car accident to convince our friends to convert to the Christian faith.

We don’t want to “debate” our friends in this sense because it comes off as abrasive and it might isolate them farther away from the truth of Christ.

As Scripture says, we want to approach this subject with gentleness and respect (1 Peter 3:15).

This means, we don’t start quizzing them on their thoughts on the cosmological argument or drill them through the liar, lunatic, Lord conundrum C.S. Lewis presented in regards to Jesus claiming divinity.

We want this to be a conversation. A seed planting. With these questions, we can open their minds to the possibility of Christ and the Gospel, but we cannot get to point Z without starting at point A.

And we need to make sure to respect them...by listening to them.

With this in mind, let’s explore three great questions to ask your atheist friend. 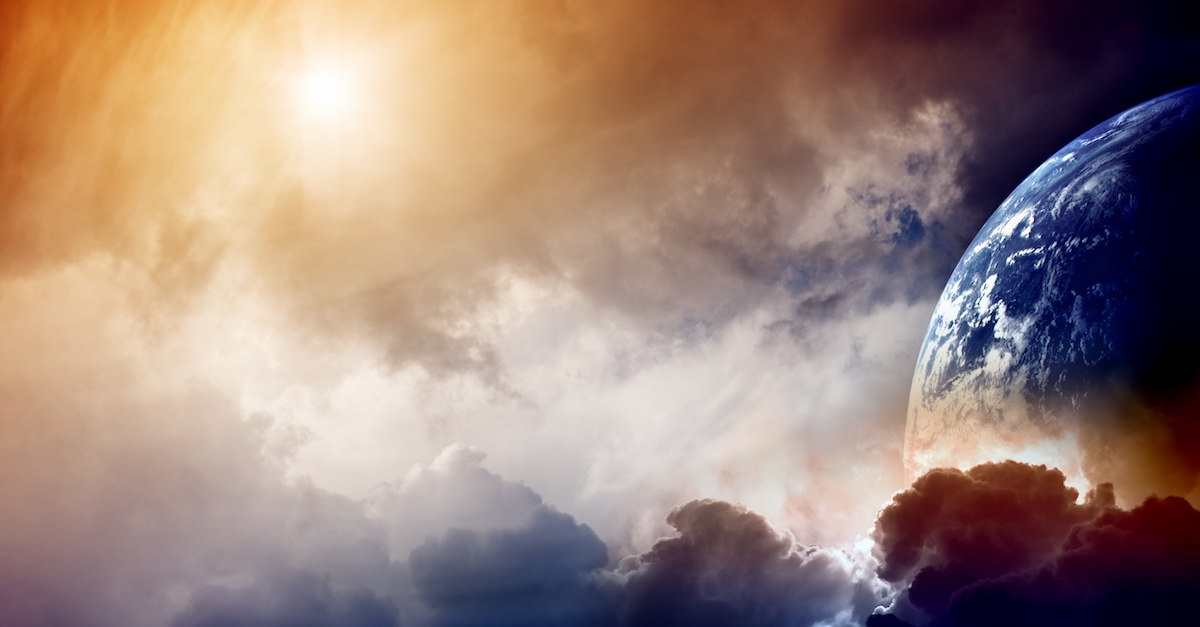 1. Where Do You Believe the Universe Came From?

Most likely you’ll get an answer about how the universe exploded into existence out of nothing. And honestly, your friend would be correct. But from this answer, you could converse, “Okay, I agree with you. The universe came ex nihilo (out of nothing). But what do you think causes something to come out of nothing?”

After all, nothing can come from nothing. Something had to create everything.

It makes no sense for everything to suddenly appear out of nowhere without any driving force.From here, they may argue that an impersonal force formed everything, or they may take the ‘infinite universes exploding out of one another’ stance.

No matter what the case, from here, you could talk about the fine-tuning of the universe. How everything appears to have been created with a distinct purpose. After all, if the earth shifted slightly toward or away from the sun, all life would cease to exist on this planet.

This question can remind your friend that something, whether personal or impersonal, had to form the universe. And given the amount of power that would take, and the fact they would have to create time as well, this could cause someone to conclude that an omnipotent and omnipresent being exists.

2. Why Are There Some Instances of Objective Morality in Humans?

You will not find a single culture on earth, in the history of mankind, who says, “Yes. Be a coward. That is good.” No culture hails cowardice.

No matter if we argue that morality has a sliding scale depending on one’s culture, certain objective moral issues appear to permeate every culture. If someone claims that we have developed morality as an evolutionary mechanism to survive, this doesn’t seem to hold up either.

After all, what about people who risk their lives to save someone in danger? They know it’s morally right to do so, but it will not increase their survival rate.

Everyone has issues that make their blood boil. But do we know why it incenses us?

From this discussion, your friend may come to realize that an objective moral standard exists outside of ourselves. And therefore, someone had to put it in place.

3. What Are Some of Your Objections to the Gospel and to Christianity?

It may be helpful to start with this question before the rest—because every agnostic or atheist likely has different reasons for why they don’t believe in Christianity. They may have started in the faith and drifted away. They may have a cognitive dissonance between scientific evidence and what the Bible appears to say.

We should try to ascertain some of their objections. Not to argue them ad nauseam until they “surrender and believe.” It doesn’t work like that.

But it can help us to realize their starting position and what points we have in common.

Paul, for instance, preached very different sermons depending on his audience. His message to the Jews was starkly different than to the Greeks.

And by asking this question, we show that we want to listen as much as discuss. We open the floor and acknowledge we don’t have the answers to all the questions, and that we value their viewpoint. 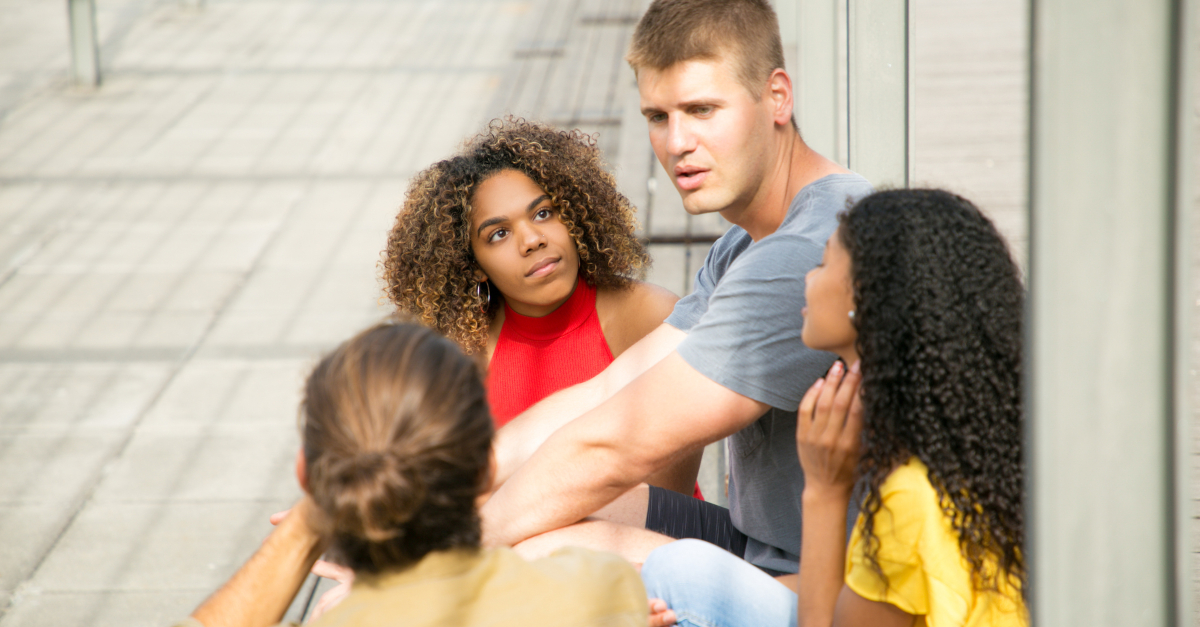 Atheists May Have Questions for You

Depending on your friend’s hostility toward Christianity, or how much they like to engage in debate, they may have some difficult questions prepared for you as well. Some of these might include:

- Why would a good God send people to hell?

- Why is God seemingly genocidal in the Old Testament?

- Why does the Bible appear to be opposed to science?

Make sure to come prepared as well to answer these questions. Your friend may have a lot of objections to the faith.

It’s not your job to know every possible answer to difficult questions of the faith. But you should know why you believe what you believe, and be willing to engage in tougher subjects.

What Is the Difference between Pagan, Agnostic, and Atheist?

10 Ways to Peacefully Talk to an Atheist about Christianity

Is ‘Christianese’ Irrelevant or Offensive to Youth Today?

Hope Bolinger is a literary agent at C.Y.L.E. and a graduate of Taylor University's professional writing program. More than 600 of her works have been featured in various publications ranging from Writer's Digest to Keys for Kids. She has worked for various publishing companies, magazines, newspapers, and literary agencies and has edited the work of authors such as Jerry B. Jenkins and Michelle Medlock Adams. Her column "Hope's Hacks," tips and tricks to avoid writer's block, reaches 6,000+ readers weekly and is featured monthly on Cyle Young's blog. Her modern-day Daniel, Blaze, (Illuminate YA) Den (releasing July 2020), Dear Hero (releasing September 2020), and Dear Henchman (releasing 2021)  Find out more about her at her website.

This content first appeared on Crosswalk.com and is used here with permission. To view the original visit: https://www.crosswalk.com/faith/spiritual-life/great-questions-to-graciously-engage-your-atheist-friend.html