IMPORTANT: It's a Serious Matter of Life

Conquering Giants to Fulfill Your Dream
By Rick Warren

“Everyone assembled here will know that the Lord rescues his people, but not with sword and spear. This is the Lord’s battle, and he will give you to us!” 1 Samuel 17:47 (NLT)

Before King David faced Goliath in 1 Samuel, he had to fight four other giants. They weren’t physical giants, but they were giants in his mind.

You are far more likely to face mental giants than a physical Goliath. But mental giants can be just as big and intimidating. And they can keep you from becoming who God wants you to be and fulfilling the dream that God has put in your heart.

The first giant in facing your dream is delay. No dream is fulfilled instantly. God gives you the dream one day, but he doesn’t fulfill it the next day. It may be years before you see the fulfillment of your life dream. There is always a waiting period.

After the prophet Samuel anointed David as king, David’s father, Jesse, told David to get back to tending the sheep. Talk about a delayed dream! It was about 15 years before David actually became king.

But God used that time to build David’s character, teaching him to be obedient even when things didn’t seem to make sense. As David waited for God to fulfill his promise, he learned to trust in God’s sovereignty. The lesson is that God is faithful, and he will complete his work in you in his time.

The second giant you may face is discouragement. Goliath created a climate of fear in Israel. Everyone was convinced they were going to lose the battle against him.

What people are you listening to that say it can’t be done? Who is putting down your dream, saying it won’t ever happen?

Sometimes you just need a fresh voice, like a shepherd boy with fresh eyes who says, “This guy’s nothing. We can take him down.”

The third giant standing in your way is disapproval. In David’s case, his own brother questioned his motives and disapproved of him going after Goliath.

The fourth giant you may have to face is doubt.

Nobody was a greater expert on war than King Saul. He told David he was crazy for thinking a boy could fight a warrior like Goliath.

Maybe an expert is saying you can’t do it either. And that’s enough to make you start doubting yourself.

Remember, experts are often wrong! You won’t be deterred by the naysayers when you focus on God’s promises and trust the Lord is faithful to fulfill your dream. 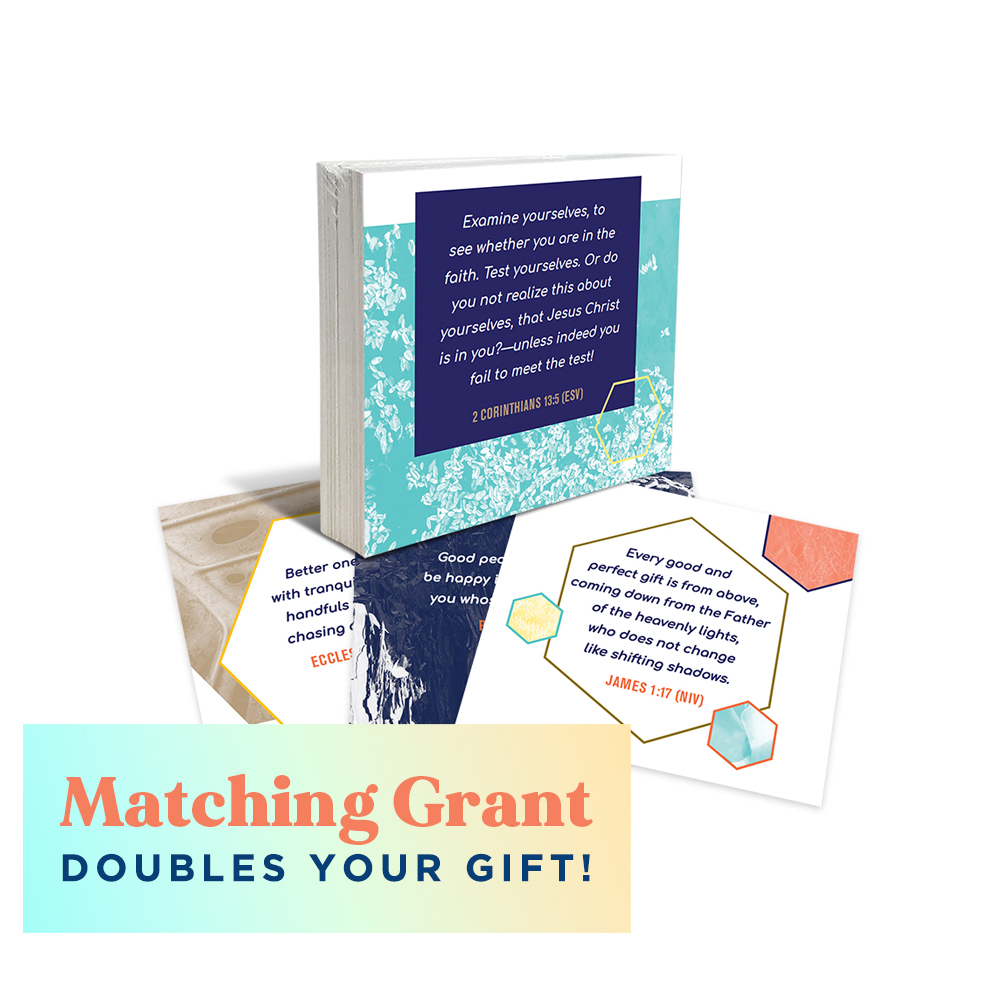 Scripture memorization is a powerful tool to help you remember God’s promises, principles, and the purposes he has for you.

These colorful, eye-catching cards make it easy to memorize the Word of God so you have it when you need it most.

We'll send you The Habits of Happiness Scripture cards to say thanks for your gift below to share the hope of Jesus Christ with people around the world through Daily Hope.

And thanks to a generous Matching Grant, your gift today will be DOUBLED to reach even more people with the certain hope of Christ!

So request the cards now—and experience the true happiness God wants for you!

*The USA IRS code permits you to deduct the amount of your financial gift to Daily Hope that exceeds the fair market value of materials you received from Daily Hope.

This devotional © 2018 by Rick Warren. All rights reserved. Used by permission.

You can listen to Rick Warren on OnePlace.com.

Anything Is Possible with God - iBelieve Truth: A Devotional for Women - June 27